Brightness and Magnitude in Astronomy 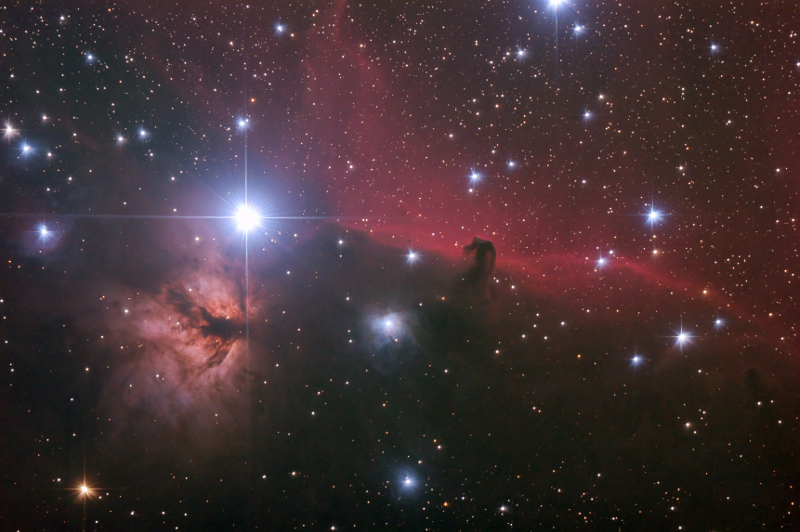 Magnitude is an astronomical term that is used to describe precisely how bright a stellar object is. It can be done with both objective scientific measurements and a more qualitative classification of how bright the object is in the sky. Magnitude is measured on an inverse scale where lower numbers equal a brighter object. The traditional magnitude scale used in astronomy runs from 1 to 6.

Apparent magnitude, also known as visual magnitude, is a more intuitive form of classification. It measures how bright the object is by the time that its light reaches the earth. This value can be measured precisely through the use of light meters and telescopes, or it can be approximated simply by looking at the stellar objects with binoculars or the naked eye.

In fact, the magnitude scale of stellar brightness was invented thousands of years before telescopes or binoculars. The scale of apparent magnitude that we use today was laid down by the ancient Greek astronomers Hipparchus and Ptolemy, who classified the objects in the sky according to six categories of brightness. They chose about twenty of the stars that looked brightest to them and assigned them to the category of the first magnitude. The next brightest set of stellar objects was assigned to the second magnitude, all the way to the ones which could only barely be seen, which were all grouped in the sixth magnitude.

When telescopes, prisms and other optical devices were invented, they brought with them two important discoveries related to magnitude. The first was that there were a whole lot more stars below the sixth category than anyone had ever expected. The telescope revealed uncountable numbers of tiny lights that were far too dim to be seen with the unassisted eye. What is more, the telescope made it possible to measure the brightness coming from a particular star with ever-increasing specificity. Since the first magnitude was such a well-defined category and the sixth magnitude was used to apply to a vast number of objects at the very edge of human decision, the arbitrary decision was made to set the brightness of the sixth magnitude at 100 times less than the 1st magnitude. This transformed the magnitude scale into a logarithmic scale, which means that the quantities measured increased exponentially as the measurements increased arithmetically.

This historical tradition of astronomy explains why the stellar magnitude chart appears almost upside-down. Since the scale has been extended to cover things far outside the original scope, and since the measured brightness falls as the magnitude climbs, the chart can sometime seem to operate in a counter-intuitive manner. However, so long as one remembers that a bright star has a magnitude of about one, it is easy to reason the rest through.

The magnitude chart was expanded in the other direction as well. It became possible to measure exactly how much brighter planets such as Venus were than the heavenly bodies around them. In other words, they recorded precisely how much light there was coming from Venus when it was at its fullest brightness. It was found to be about a hundred times brighter than the objects that made up the traditional first magnitude, so the scale was simply extended into the negative numbers to accommodate. Venus has a visual magnitude of about -4. The Moon, by far the brightest of the planets we can see in the sky, has a magnitude of about -12 when it is at its fullest. The sun puts out about 400,000 times as much light as the full moon. This means that its visual magnitude is about -26.

As can be seen, this scale represents an excellent way to deal with the widely divergent lights seen in the sky. Although local atmospheric conditions are always paramount, on a clear night it should be possible to see stellar bodies all the way up to magnitude 6. A typical pair of field binoculars should be sufficient to see objects as dim as magnitude 9.5, which is more than a hundred times darker than the eyes can see alone. A telescope will naturally improve this ability to detect dimmer objects to an almost unimaginable degree. The wider the diameter of the telescope, the more light it will capture and the higher magnitude objects that can be seen. The only limits to this are found in the diameter of lens that can be procured and the atmospheric conditions prevailing at the viewing location. The Hubble Space Telescope has been able to resolve objects as dim as 31.5 magnitude in its nearly perfect viewing conditions outside the Earth’s atmosphere.