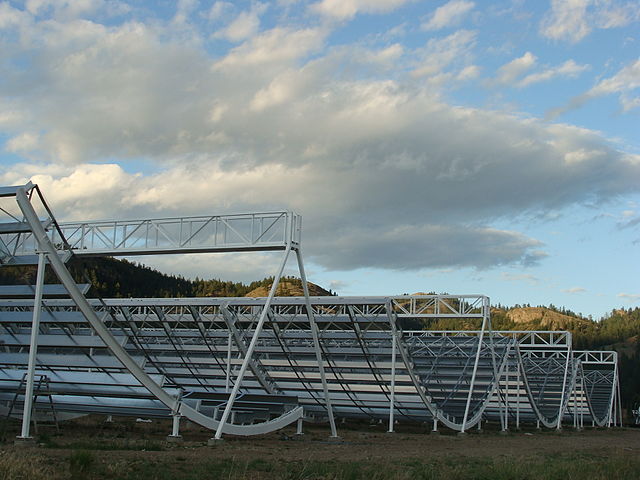 On July 25, Canada’s Hydrogen Intensity Mapping Experiment (CHIME) made its first detection of one of space’s mysteries: the fast radio burst.

Named FRB 180725A, this burst is unique in that it registered at a much lower frequency than the other FRBs detected before it.

Scientists are optimistic that this discovery is the beginning of many more detections that can give hints as to the true nature of these occurrences.

The first fast Radio Burst (FRB) was discovered in 2007. It was characterized by short but powerful torrents radio pulses. Since then, 35 more bursts have been discovered.

In each instance, the event produced massive amounts of energy. In fact, scientists believe that the sun would need 10,000 years to replicate the amount of energy that these bursts produce in less than a second.

Although they are powerful and quite bright, FRBs are difficult to detect because of their transitory nature. They are simply gone before scientists can see them.

Since their discovery, only one FRB is known to have sent a repeat signal. This repeating FRB was traced to a distant dwarf galaxy. It provided scientists the opportunity to collect further data. The recurrence of the signal also indicates that the source of the FRB can survive the events that lead to such an explosion of energy.

The key advantage of CHIME is its field-of-view. This telescope is made up of four antennas, each measuring 100 meters long. These provide it with a much wider view than other radio telescopes. The CHIME can observe 200 square degrees at the same time.

This capability is useful considering that FRBs can occur anywhere in the sky without any indication where they will appear. In the face of such randomness, scientists need to keep their eye on the sky to catch a glimpse of one. A larger field-of-view means they are observing a larger patch of sky at a time.

The CHIME also scans at a much lower radio frequency than other similar telescopes. CHIME uses a range of 400 to 800 megahertz.

Initially, scientists were skeptical that it can detect FRBs at such a low frequency. However, CHIME identified the signal even before reaching full capacity, surprising many of the researchers. In fact, CHIME was using less than half of its sensors at the time.

Researchers hope that the CHIME would be able to detect at least one FRB daily. They are optimistic that another repeating FRB will be found, so it can be compared with the previous one discovered.

The exact source of FRBs is still unknown. However, there is a growing belief that FRBs are pulsars, ultra-dense, spherical objects that spin with tremendous speed. Scientists believe that the CHIME’s discovery will yield further clues that will unravel the mystery of FRBs.